Effective disease-modifying therapy is critically needed for the treatment of Alzheimer’s disease (AD), as the prevailing thinking over the last two decades has thus far not resulted in breakthrough solutions.  Despite extensive research and treatment with drugs that target symptoms, including acetylcholinesterase inhibitors and NMDA receptor antagonists the clinical course of Alzheimer’s disease has not been meaningfully slowed or stopped. 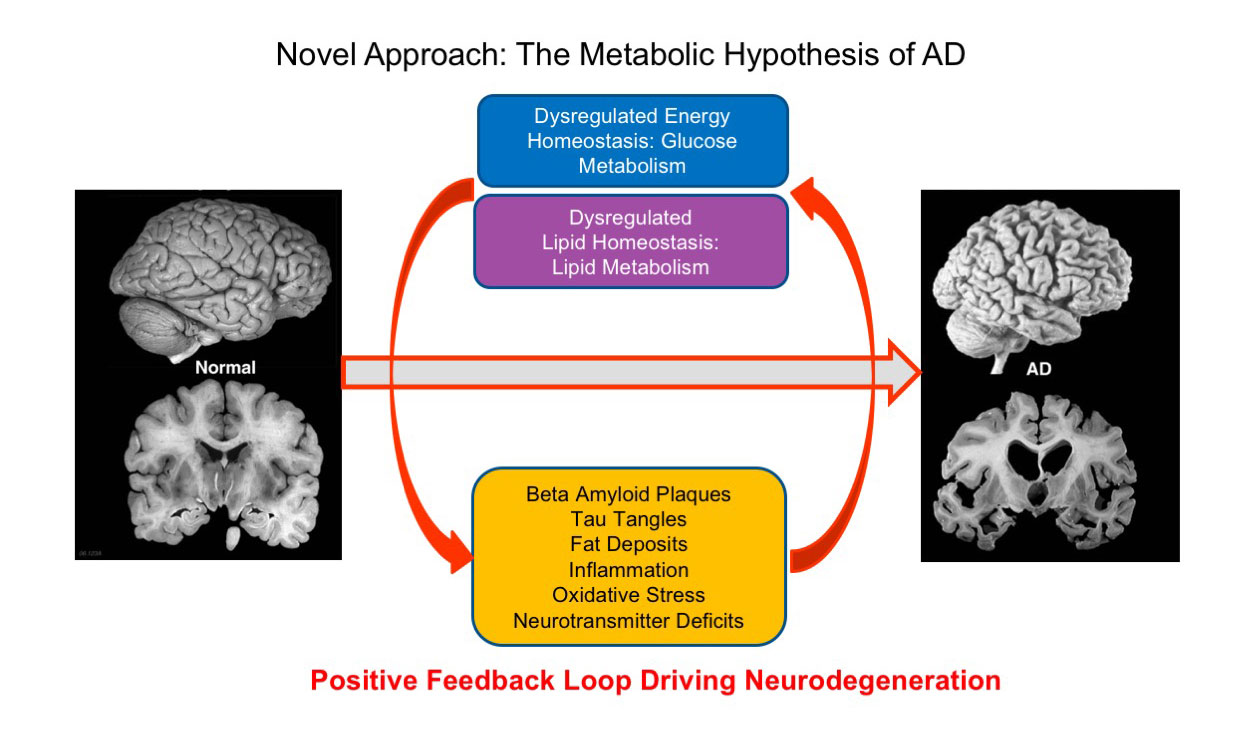 The rationale behind T3D-959 is to break this cycle by correcting these metabolic defects to effect potential disease remediation. 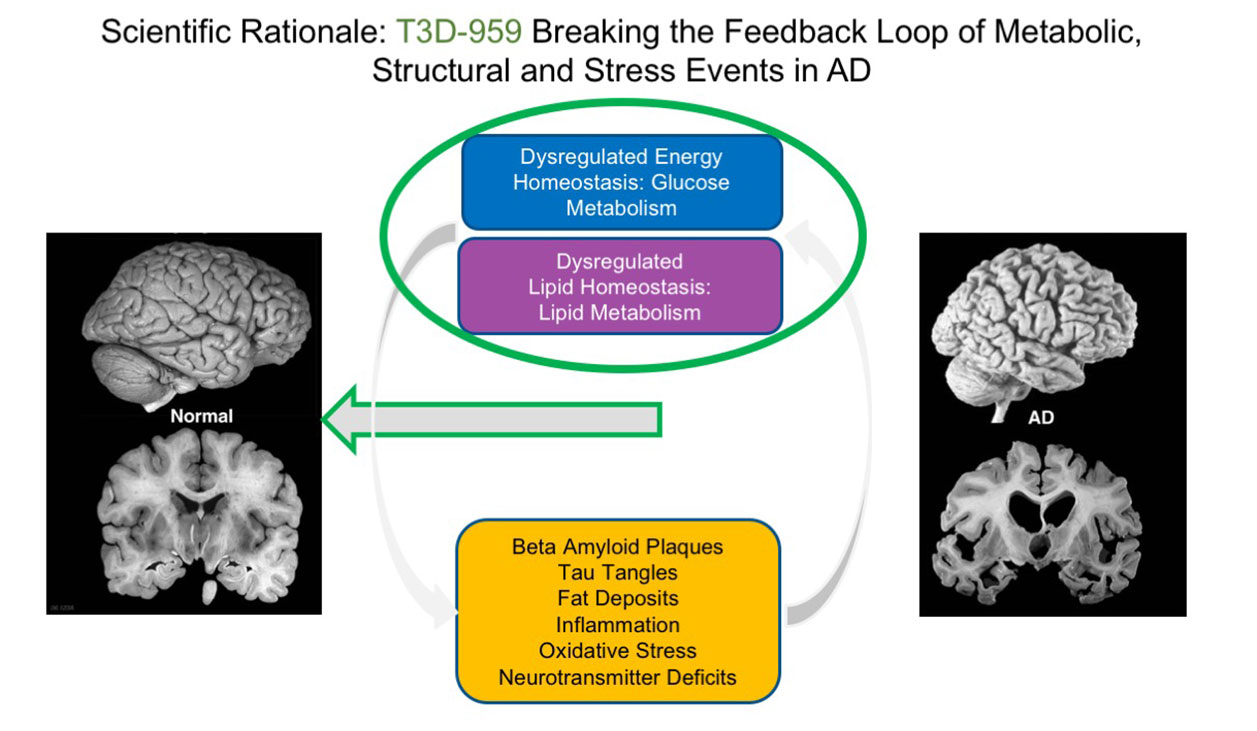 In addition to the aforementioned feedback loop, the Company’s novel neurometabolic approach to treating AD recognizes:

Congruence of The Metabolic Approach and Plaque Approach to AD Therapy

The metabolic hypothesis and beta amyloid plaque hypothesis of AD are not antithetical but congruent. Approaching disease therapy directed at ameliorating both metabolic dysfunctions and plaque accumulation is a potentially attractive avenue to effect potential disease remediation. 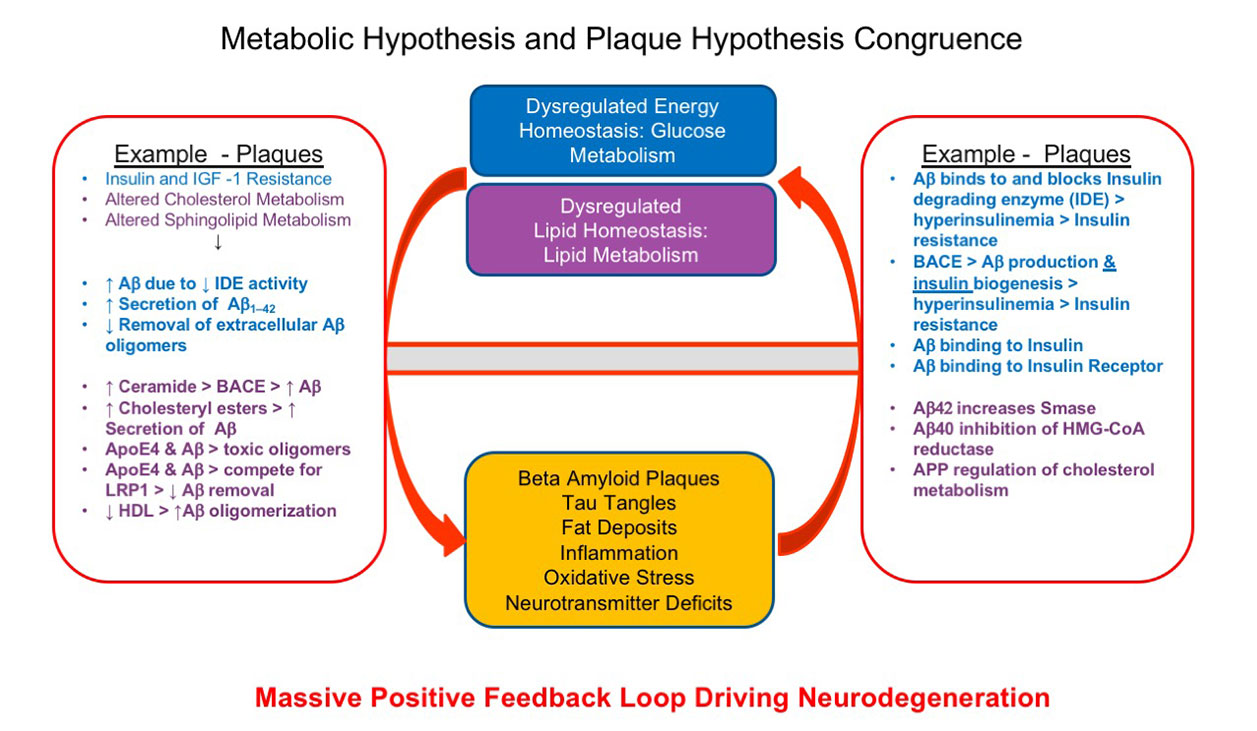 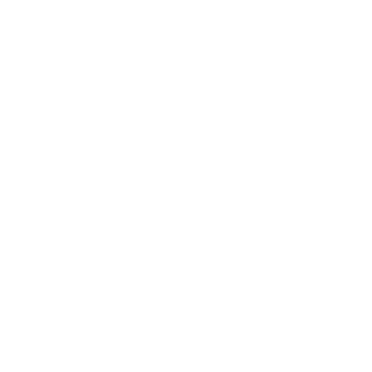 In pre-clinical animal studies, T3D Therapeutics’ new drug candidate, T3D-959, has shown evidence of a reversal of the diseased state in the brain by histopathology (microscopic tissue analysis). 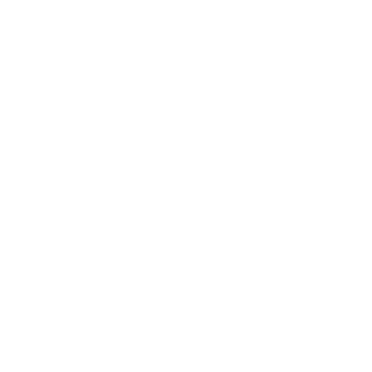 Mild Cognitive Impairment (MCI) is a condition resulting from impairment in the brain’s glucose metabolism. MCI comes before cognitive decline in Alzheimer’s disease patients, and is evident early in the course of Alzheimer’s disease. Our lead drug candidate T3D-959 is designed to improve neuro-metabolic dysfunction (the brain’s inability to efficiently create and metabolize, or utilize, energy), which we believe could dramatically affect molecular, biochemical and histopathological defects that cause cognitive impairment and motor dysfunction. 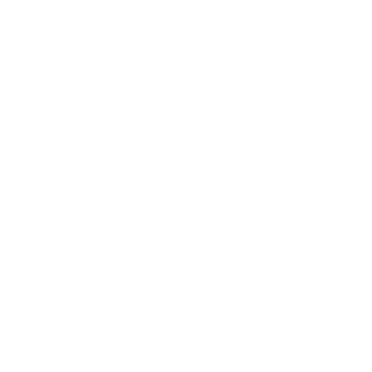 Because T3D-959’s mechanism of action is designed to provide anti-inflammatory and anti-wasting effects, along with an ability to repair damaged nerve cells (remyelination), there is potential for T3D’s new drug candidate to address other neurodegenerative diseases, in addition to Alzheimer’s disease.

PPAR delta agonist compounds such as T3D-959 have recently been found to have strong neuroprotective effects that we believe make T3D-959 a candidate drug for development for potential treatment in a number of CNS diseases (e.g. Huntington’s disease, Parkinson’s disease) (refs.15,16).

Beyond Alzheimer’s disease, these other diseases present added life cycle management opportunities for T3D-959 and other structurally-related compounds within the Company’s exclusive license.